Setting up the Scene

Ottifox was designed to be familiar to those using existing design apps, but easy enough for anyone to pick up.

The interface is comprimised of four sections. The Toolbar along the top contains the ‘+’ button to add objects, the Google Poly button to add 3D models from Google Poly, and contains important actions such as Preview and Export.

The Inspector on the right allows you to adjust the properties of the selected object. The Object List is on your left, it lists all the objects in your VR Scene. The Canvas is in the middle, where you’ll see your objects in 3D space. 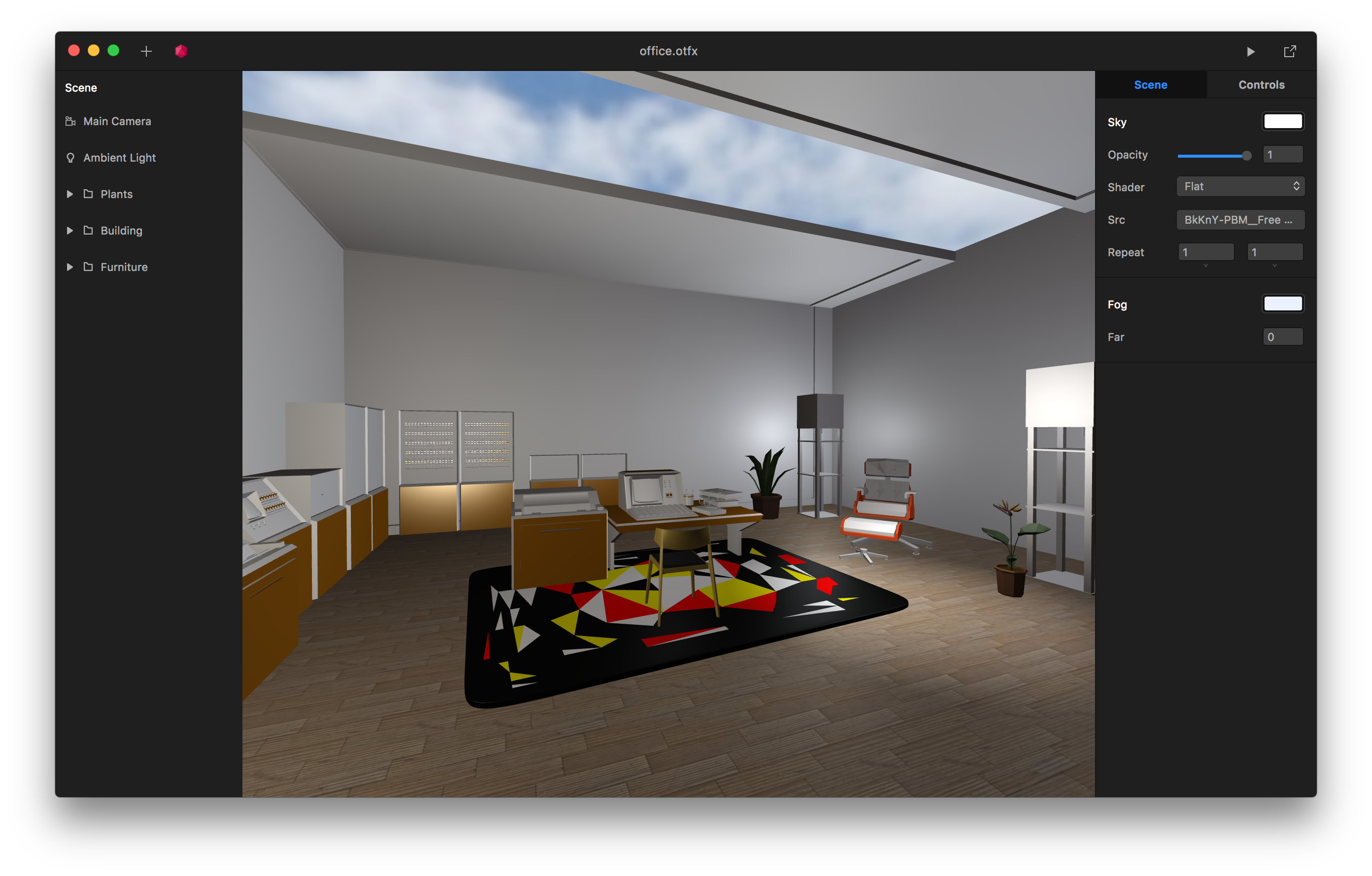 ← Registration
Moving around in 3D →

Download the 14 day trial. Available for macOS Sierra 10.12 or higher.


Thank you! You have successfully signed up, expect the download link in your inbox.